Physical activity was associated with less progression to cognitive impairment or vascular dementia among older patients who were living independently but who had white matter changes on MRI at baseline, a study found. 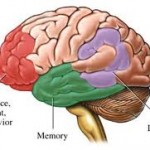 The participants were evaluated at baseline and annually for 3 years. At each assessment, they underwent a battery of neuropsychological tests. MRI was performed at baseline and at the end of the study to assess the severity of the white matter changes.
The study included 638 people. The average age was 74.1 and 55% were female.
At baseline, 64% of the participants were considered physically active, defined as performing at least 30 minutes of activity at least 3 days a week.
The initial MRI revealed a severity of white matter changes that was mild in 44%, moderate in 31%, and severe in 25%.
At the end of follow-up, 90 patients had dementia, including 54 with vascular dementia, 34 with Alzheimer’s disease with a vascular component, and two with frontotemporal dementia. Another 147 had cognitive impairment that was not dementia.
“Our data support the conviction that older subjects with vascular risk factors and evidence for vascular cerebral damage benefit from regular physical activity,” Verdelho and colleagues wrote. “We think that [the] relation between physical activity and cognitive impairment should be further studied by interventional studies.”

SOURCE:  medpagetoday.com
Click here to read the article and view the video

How to Hire a Patient Advocate?

CNN had a segment on today about How to Hire a Patient Advocate. August 14,…

Why hire a private Patient Advocate?